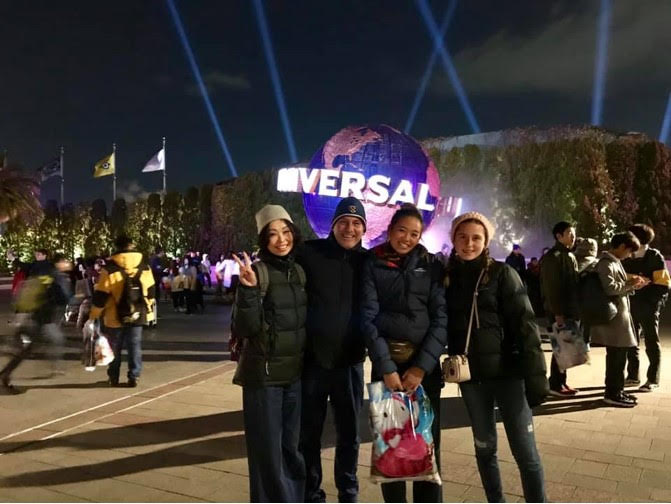 Daisy with her family

My name is Daisy and I will be 52 in November. I live in Auckland with my husband and stepdaughter who is in Year 13, and my daughter is in her second year at Victoria University in Wellington. I work  part-time with Te Whatu Ora Health New Zealand (North Shore Hospital). I live with nasopharyngeal  carcinoma, and this is my story.

March 2014, it was Sunday. Doing my morning routines, I walked into the bathroom for a shower. I  had my shower, and routinely looked in the mirror, and there was this lump on the left side of my  neck. It seemed to have grown overnight, was not painful and it moved when touched or pressed. I  saw my GP the very next day. I waited for some time in her room, while she consulted with another  physician, who came in and checked on my lump and decided for me to trial antibiotics for a week.  The lump was still there after a week, so off to Mercy I went. The biopsy was negative, and  everything seemed fine, and I thought all this anxiety was for nothing major. The lump was removed  and sent for further testing. 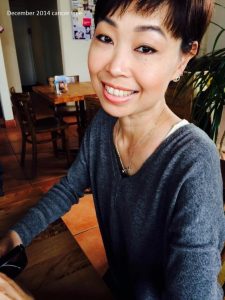 We packed our bags for a holiday up north and thought we could drop by the surgeon’s room for my lump test results. Was not expected though… sat down, hands held with my partner, and heard the  word ‘CANCER’ and ‘TREATMENT’. Our girls were in the car. My partner and I looked at each other,  he was tearing up and I was thinking to myself, ‘my daughter… what now?

We arrived at camp, and it was a lovely cosy chalet-style cabin. There were several cabins owned  and run by an elderly woman with two beautiful, aged, and slightly heavy black Labradors. She  greeted us and walked us to our cabin. The dogs were friendly and instantly got along with our two  dogs.

In April 2014, I was diagnosed with nasopharyngeal carcinoma. I am still living with the tumour  today. My first appointment was with the head and neck surgeon. My second with the medical oncologist, followed by the radiation oncologist for radiation therapy. There were many more  appointments before deciding that I should start with chemotherapy, so that my body will stay  strong enough to tolerate radiation. A portacath was implanted on my chest in the worst position.  You see, I have pectus excavatum (sunken chest). I remember going to work the next day and  sobbing my eyes out, talking about the port, the bras I bought and how the strap was going to get  caught up with the port. All this to my then boss who just listened and gave me cuddles. And I’m happy to still have him as a friend today. 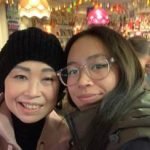 In June 2014, I started on cisplatin 5FU, one of the most powerful chemotherapeutic drugs. My hair  started to fall off and it was disgusting I thought. I had to chop it off. I left work early one day and  visited a wig shop. I wanted to buy a wig so told the lady in the shop about my life literally and she  so kindly offered to cut my hair. That did not turn out well. Anyway, my hair was gone, I bought a  wig, wore it a couple of times, and decided to wear a head scarf instead. The wig was so  uncomfortable. After the hair, came the weight loss. I was very sick during chemo. My cycle was  once every three weeks, and I would be sick for two to three days after each session. I could not  hold down food, could not stand up, and just stayed in bed. I completed chemo in October and was  due to start radiation therapy. Feeling exhausted and down I was so incredibly happy to have the port removed. Radiation therapy was equally hard and mentally painful. I lost my taste, and my  mouth was constantly dry. Everything tasted like chalkboard (even though I have never eaten chalkboard before) but this is how I would describe it. I lost more weight during this time.

YEAH, I am in the clear, call for a celebration! Moet & Chandon was drunk but sadly, it did not last. 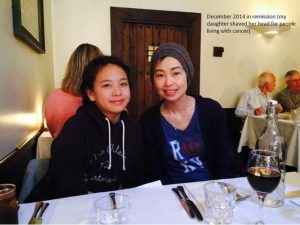 2016, it is back! The whole ordeal started again, appointments, consults, and more appointments. I  am set to start on special radiation therapy with a smart radiation machine. This would be my second time on radiation, and I was informed that this machine will minimise damage to the  surrounding tissues because it can do the precise target of only the tumour.

The treatment was hard, worse than the first. This time I lost my taste and my voice. In April 2017, I  had a medialization thyroplasty with arytenoid adduction. I had a vocal cord implanted to improve  my voice and it gave more clarity in my speech. Cancerous tissues were also removed during the  surgery and caused damage to my left hearing, movement of my tongue on the left side, and my left  accessory nerves. The damaged nerves affected movement of my arm and deformed my left  shoulder over time. Socializing was hard because I could not hear well, and friends were finding it  hard to understand me. It was hardest in a crowded and busy environment. Once again, I won over  cancer, the treatment worked!

December 2018, bad, really bad. It has returned and is more aggressive than ever. I started on  carboplatin and gemcitabine. After four combination cycles, my body just could not tolerate any  more chemotherapy and I stopped carboplatin. But the tumour would grow if I stopped treatment,  so I continued maintenance chemo with gemcitabine. My cycle was every two weeks, and I would  fall sick and had to stay in bed for two days after each treatment. 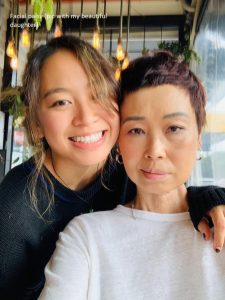 Two and a half years into chemo maintenance, I developed facial palsy on the left side of my face.  My left cheek was swollen. My left eye stopped blinking and closing fully, and my mouth was pulled  towards the left and could not close fully as well. I could no longer drink from a straw or drink  properly. Gemcitabine had finally stopped working and my tumour grew bigger and pushed against  the wall on my left cheek and neck, causing damage to the nerves and muscles.

In December 2020, the scan showed minor progression. Being a realist, I was ready to face the end  of life, but I still had one last option, immunotherapy. I was informed that there has not been much  research to document that Keytruda has worked for my cancer type. Will it work? If it does, I will get  to be around my daughter, and my family. I have nothing to lose.

I started on Keytruda immunotherapy in April 2021. The best decision I have ever made for myself. I  go in for immunotherapy once every three weeks. It takes close to an hour to complete, and I do not get sick anymore after treatment. I made it to my daughter’s 21st birthday! My scan results so far  have been promising, the size of the tumour has reduced. I will be on Keytruda for the rest of my  life. Although I still live with the conditions from the last progression, I stay positive and hopeful that  the tumour will one day be gone (KILLED!). I will never give up. I live to live. 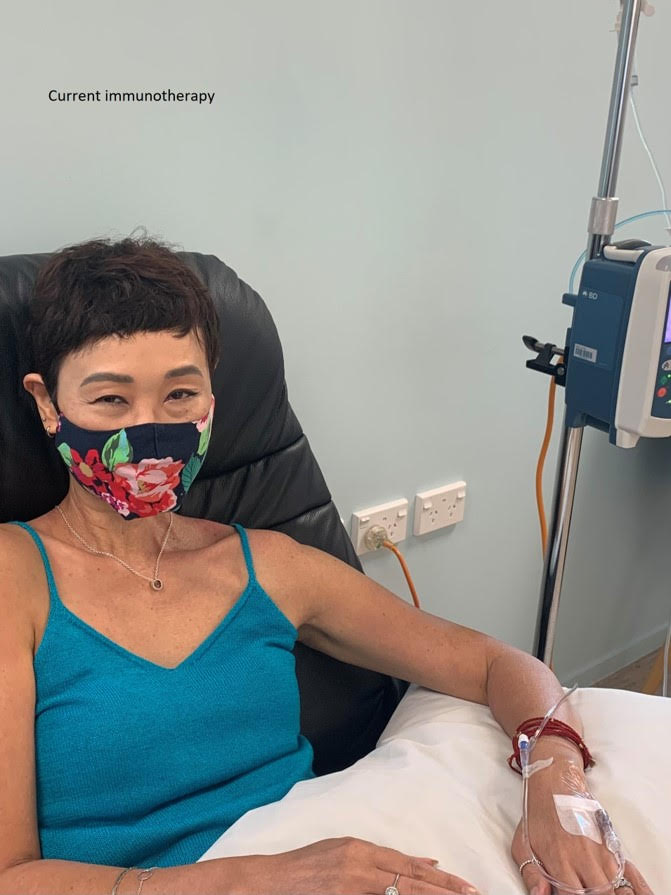