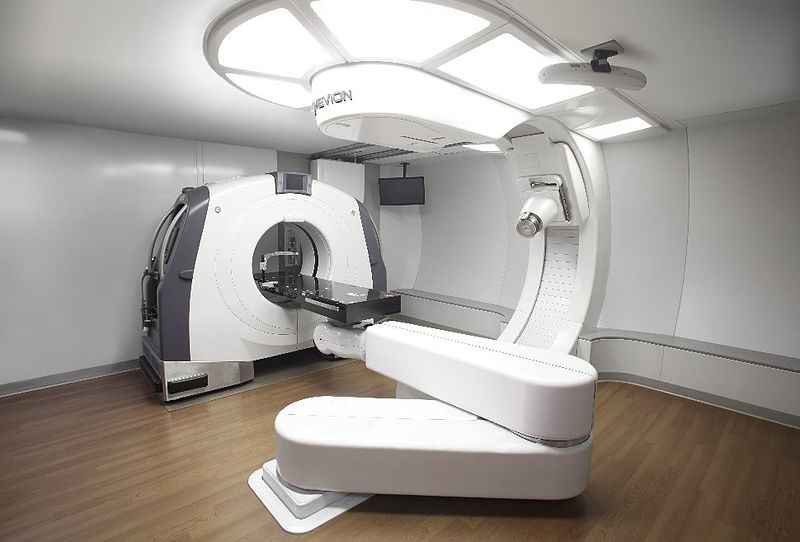 Julie McCrossin’s recent video series on the Australian Bragg Centre for Proton Therapy and Research in Adelaide raises a lot of issues for HNC patients in NZ where these extremely expensive centres are not likely to be built in the foreseeable future. We are just too small a country.

Patients who are in dire need of proton therapy will be sent to Adelaide when the new centre starts operating in 2024. (Proton centres are planned for other Australian cities). The government will just have to pay for very vulnerable patients to be sent there at their oncologist’s request. Obviously, this will end up being a niche treatment for a very few.

The issue this raises applies to expensive new treatments of all kinds like immunotherapy and other drug therapies as well. Science progresses in messy steps because of continuing research and trial and error. Larger, richer countries get things before us and even before data shows that these new therapies are beneficial over the ones we have already.

“Proton beam therapy represents, through its scale and its cost, a battleground for the policy debate around managing expensive technology in modern medicine.” https://ascopubs.org/doi/full/10.1200/JCO.2014.55.1945

To some extent we in NZ have the luxury of waiting until we see what works and what does not before we invest.  Some say that proton therapy has been “oversold” in the US, has started a medical “arms race” and that some insurance companies will not pay for this treatment. Data does not show much survival advantage over standard (or photon) and cheaper radiotherapy.

New Zealand and Australia work together on radiotherapy with the Royal Australian and New Zealand College of Radiologists (RANZCR) being the relevant organisation.  So, we are not totally out in the cold. We are part of an overall plan.

Technological advances often seem to progress like this with overhyping followed by scepticism, then improvement, more efficiencies and so on. The Bragg Centre in Adelaide will not be only a profit-making exercise aimed at well insured patients but one that involves research and development for the good of all. It will be part of a network of particle therapy centres in Australasia. It will be run by the South Australian Health and Medical Research Institute (SAHMRI).

Here is a cautionary note from Cancer Net about “photon versus proton”.

Several ongoing clinical trials are comparing x-ray treatments to proton treatments.  These 2 treatments are being studied for several reasons: https://www.cancer.net/navigating-cancer-care/how-cancer-treated/radiation-therapy/proton-therapy

First though, let us go back to proton therapy and what it IS as opposed to the standard radiotherapy we receive here in NZ. Standard therapy uses an x-ray type of technology to target tumours and does so very effectively for many of us. Unfortunately, it has to pass through the body; it affects a slightly larger area in the tissue so does some damage to healthy tissue as well as the tumour. This standard radiotherapy has become more and more targeted as the years have gone on, but the hope is that particle (proton and neutron) therapy will be a better avenue in future.

One advantage of proton therapy that I can just dimly understand is this. Photon rays are at their strongest as they enter the body and get weaker as they pass through. Proton beams get stronger until they reach a peak called the Bragg peak which can be exploited so the strongest radiation is directed at the tumour, not the surrounding tissues. After the Bragg peak, the beams just stop and do not travel through the body, therefore causing less damage to healthy tissue. The Adelaide Centre will be named the Bragg Centre because the “Bragg Peak” was discovered by an Australian

Why does proton therapy come under the heading of particle therapy? Protons and neutrons are atomic particles that make up the nucleus of an atom while electrons are the particles that exist in an ‘orbit’ around the nucleus. These particles are strongly bonded so any separation of them releases a lot of energy. (Neutron energy is a thing too.) Photons (from the Greek “photo” meaning light”) are the particles (for want of a better word) that make up x-rays, beams of light, and radio waves. Quite different, very useful but often harmful in the long term. 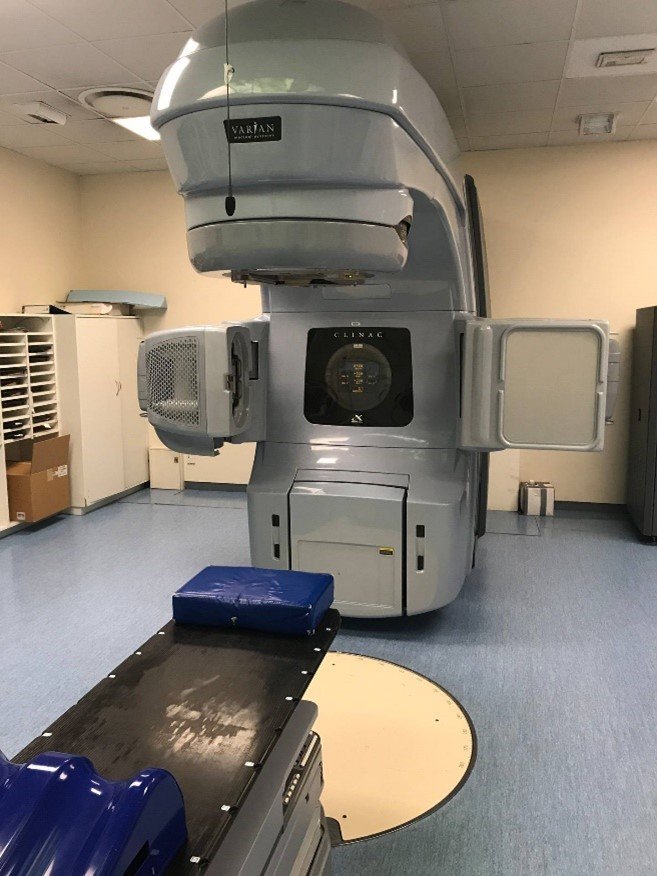 The familiar Linac or linear accelerator at the Auckland Radiation Oncology department. Courtesy of the NZ Herald

Generating particles for proton therapy needs much costlier infrastructure which cannot be afforded by most radiation centres around the world.

Why is it so expensive? The machinery needed to shoot beams of protons is currently a lot more expensive than the machinery that generates X rays but it’s a newer medical technology and its cost may come down in time. Standard therapy uses the Linear Accelerator or Linac that we patients are so familiar with, but cyclotrons and synchrotrons for proton therapy are bigger and much costlier.

The main candidates for proton therapy are children. Their risk of second cancers after standard radiotherapy is higher and their small growing bodies are more vulnerable  to damage to normal tissue growth and organ function.

So, it is great that Adelaide has started to build a huge, advanced proton therapy centre despite some envy at this end of Australasia. It is an intriguing scientific advance and time will tell if it delivers better outcomes for adult head and neck cancer patients.

Note: The image at the top is from John Hopkins Medicine.