Although more benign treatments for cancer are starting to appear, the basics are pretty much the same as they have been for many years. You need to have the cancer cut out if possible and with head and neck cancer this is awful surgery for the patient. One reason why I want people to catch head and neck cancer early, is so that the surgery can be less invasive.

Yes, HPV-related head and neck cancers can be treated with chemoradiation alone but these patients too can experience neck dissection, robotic surgery and regular surgery.

Surgery for head and neck cancer can look gruesome to the outsider (as well as the poor patients!). It often consists of removing bits of the mouth and throat and filling the space with a spare part from the rest of the body. This involves highly skilled microvascular and plastic surgery and (for me) a long and unpleasant stay in hospital.

The most common of these surgeries is the partial glossectomy (removal of part of the tongue) and its replacement by a flap of skin from the inside of the wrist or forearm. Blood vessels are taken too and attached somewhere in the neck or mouth to keep the flap alive. These patients have a neck dissection at the same time so that lymph nodes can be thoroughly examined for any spread.

It’s not just the tongue replacement that leads to this type of surgery. We have members who’ve had a tumour in the buccal mucosa (inside of cheek) or mucoepidermoid cancer at the back of the mouth. Sometimes people have an ulnar free flap further up the forearm. 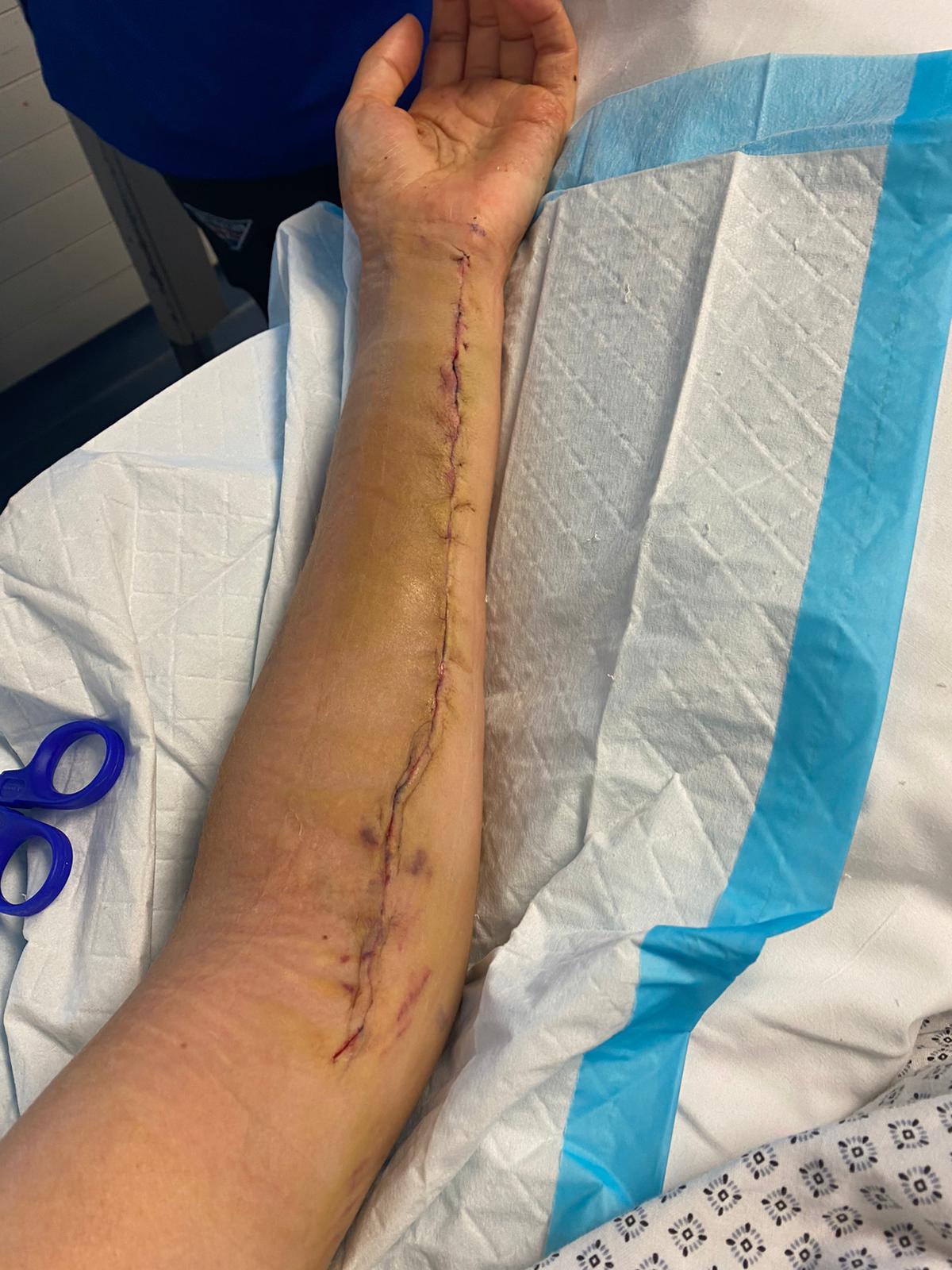 The illustrations show a healed radial forearm free flap and a ulnar free flap soon after surgery. I wouldn’t show a Day 1 picture of the forearm free flap site because the paddle of tissue taken from the inside of the wrist looks like an oozing slab of meat! The site is covered with a thin layer of skin from the thigh, a site that ends up permanently pale (and takes a strangely long time to heal for such a thin peeling of skin).

The horror of this surgery is that it is unpleasant at the time, leaves scars and can affect function. The miracle is that scars heal, tongues learn to talk again and for many of us, lives are saved or at least prolonged.

You don’t want to go through this though, so follow our campaign as we advocate for prevention and early detection.